The original Frederick County, Maryland, seal, dating back to the mid- to late-1800s, depicted an unclothed farmer holding a spike-toothed harrow and a single-shovel plow.

In 1957, a former Roads Board engineer was asked to create a new decal for vehicles and office doors. He used a worn out stamp of the original seal that was found in the Old County Courthouse and worked with the National Decalcomanna Corporation in Philadelphia to design a modernized version to emphasize agriculture and agribusiness, industrial development, and the historical character of Frederick County. This design was approved on May 15, 1957.

In 1986 the Board of County Commissioners directed the Planning Department to revise the seal and make it more environmentally friendly by removing smoke from the smoke stacks. The Board adopted a revised version of the seal in late 1986 showing the county’s founding date of 1748, stars representing the original 13 colonies, the scenic Catoctin Mountains, the jug from the original Jug Bridge at the Monocacy River, an industrial building in the distance to show support of economic development, and in the forefront, a farmer sitting on sacks of agricultural products representing the county’s dedication to the farming community.

In March 2014 the Office of the County Manager contacted Jean Peterson Design to add more detail to the current seal and create a color version. This new design became effective on July 1, 2014. 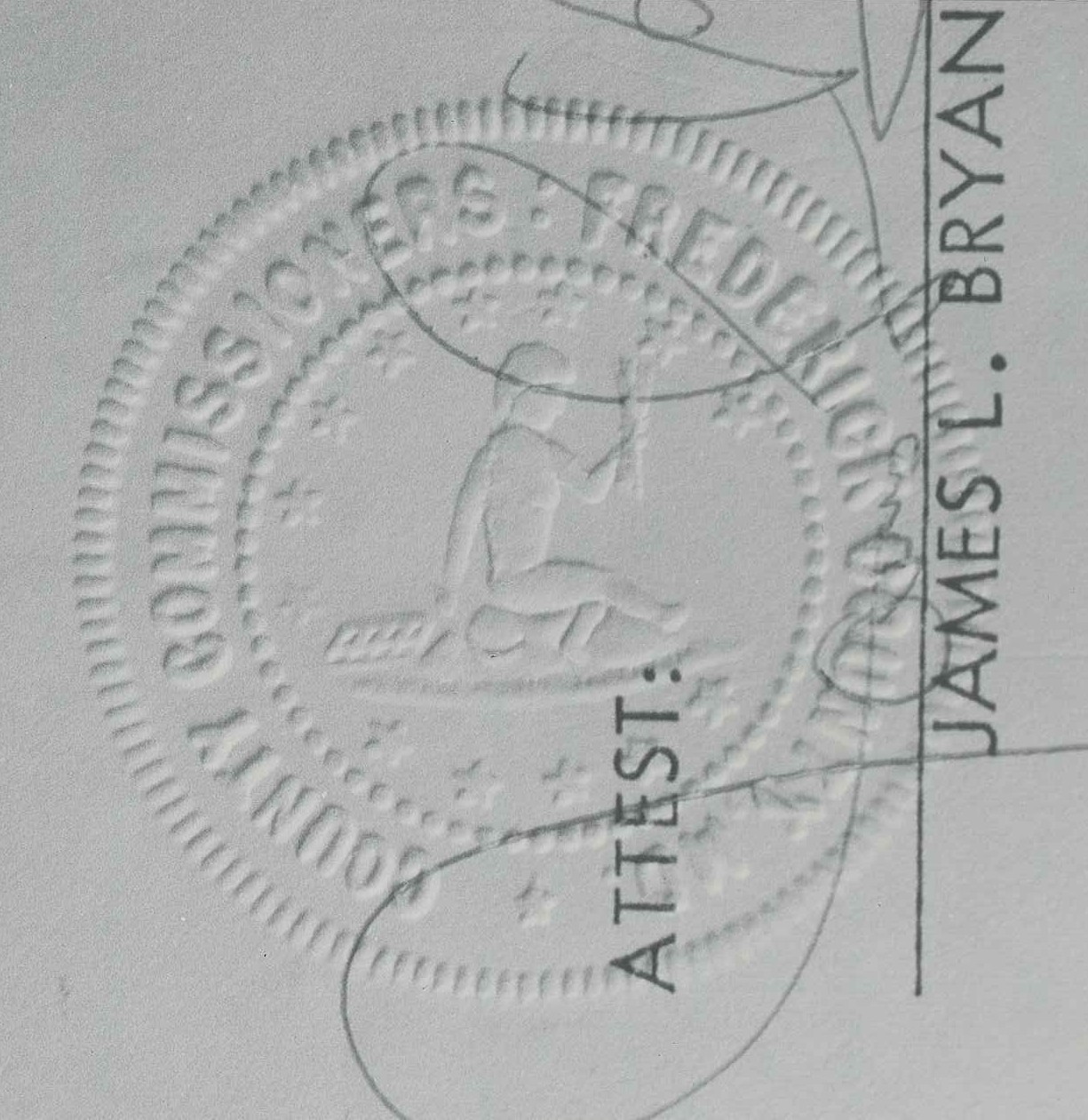 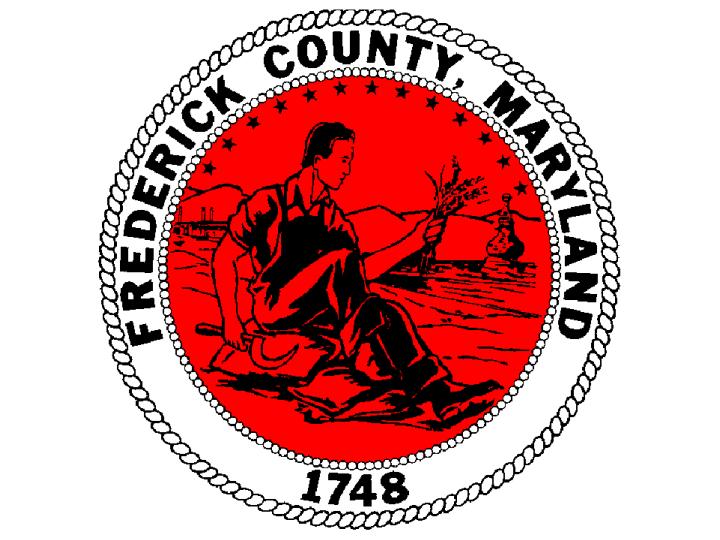 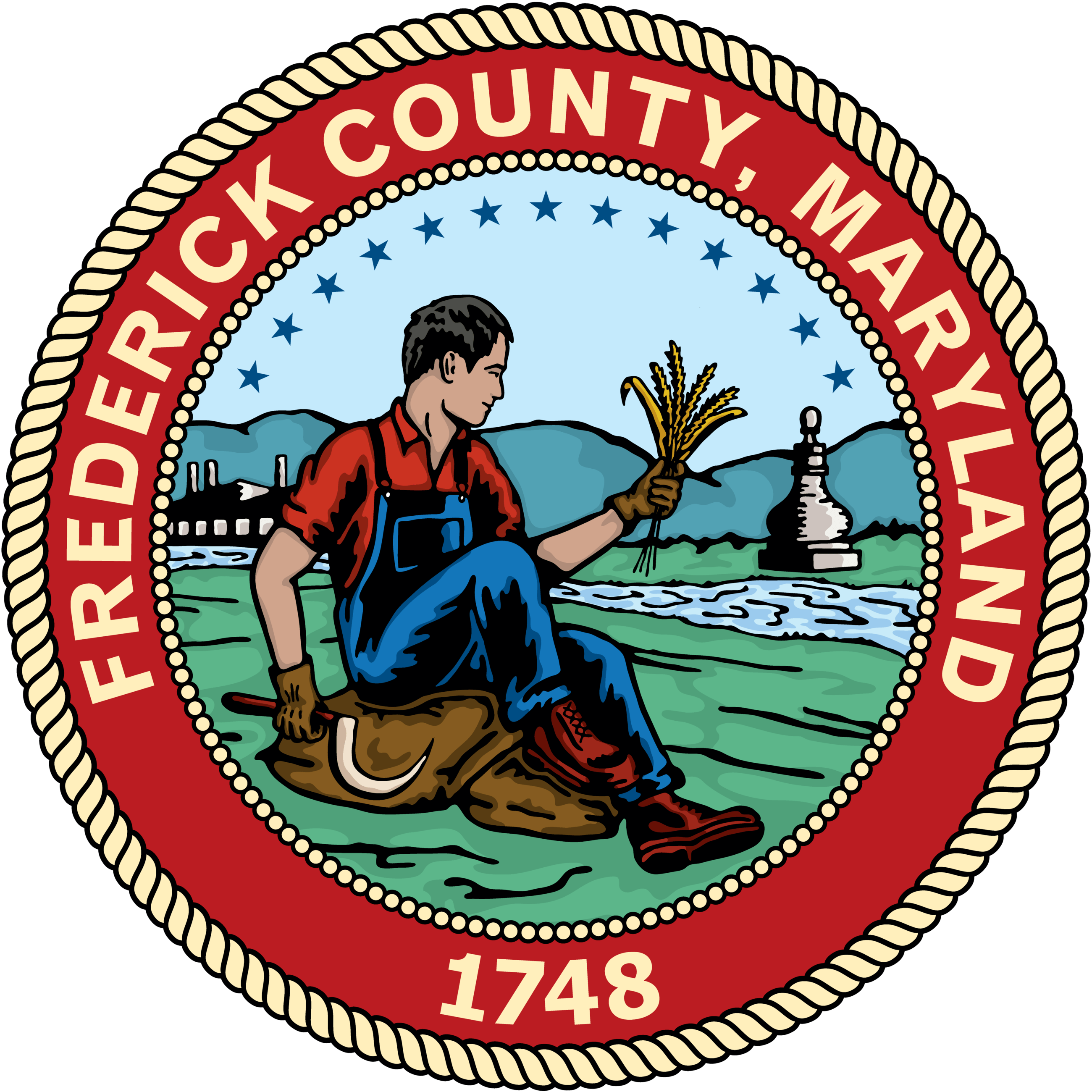