On February 12, 2015, Frederick County Executive Jan Gardner announced appointments to an Ethics Task Force consisting of citizens with an interest or experience in ethics rules and regulations either in the private sector or in government. The task force was charged with reviewing the Frederick County Ethics Ordinance and other related documents and making recommendations on amending the ordinance to the County Executive and County Council.

The Task Force is a standing committee with a limited time frame to accomplish its work – approximately 120 days.

County Executive Gardner said, “I pledged during my campaign to re-establish citizen trust in County government to restore an open and transparent public process. Our citizens expect high standards by those who are elected to public office and I am confident that the changes recommended by the task force will be in the best interest of the public good. I am very pleased that 38 residents applied to volunteer on our Ethics Task Force to help us revise the Ethics Ordinance for Frederick County. Creation of this independent task force and review of the ordinance is one of my top priorities.”

Topics of discussion for the task force will include consideration of a code of professional conduct for elected officials, which could be a policy separate from the ethics regulation; strengthening conflict-of-interest provisions to make it clear that county elected officials cannot profit from their positions or do business with the county; the addition of civil and criminal penalties for serious ethics violations, and other related issues such as improving campaign finance provisions.

Council President Otis added, “I also wish to thank all those who applied to serve on the task force and encourage our citizens to follow our discussions and recommendations closely. Our desire is to carefully review the past, present and proposed ethics provisions with the goal of strengthening our Ethic Ordinance.”

Recommendations from the task force will be sent to the state ethics commission for comment prior to drafting a new local ordinance. 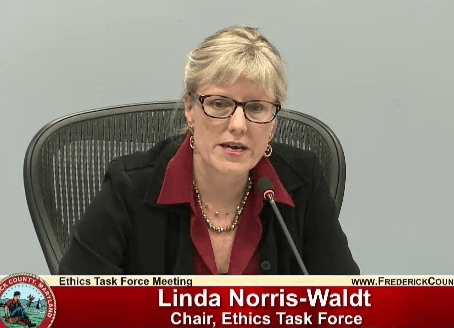