This meeting will be streamed live for the public to observe on the Frederick County Boards and Commissions Facebook page, which is available at: https://www.facebook.com/FredCoMdBoards

Individuals requiring special accommodations because of a disability or for lack of English proficiency must contact the Human Relations Commission at (301) 600-1410 or dial 711 for Maryland Relay Services to make arrangements, no later than three (3) days prior to the meeting.

The Frederick County Human Relations Commission is comprised of 15 outstanding, compassionate and dedicated volunteers who strive to eliminate illegal discrimination in Frederick County. Members are appointed by the County and meet each month. In addition, HRC members participate in public forums about human rights issues, help residents understand the administrative and legal resources that are available to fight discrimination, and promote an environment that is in all respects tolerant, peaceful and just.

The Human Relations Commission also sponsors a number of popular community events and activities, including an annual awards program that honors students, adults, businesses and organizations who have joined in the fight against discrimination and intolerance in Frederick County. The HRC also hosts a Naturalization Ceremony each year for new U.S. citizens, a program that celebrates Human Rights Day, and a Human Rights Day luncheon in December at which the county’s federal, state, local elected officials and leaders meet and discuss human relations issues of interest in Frederick County.

History of the Commission 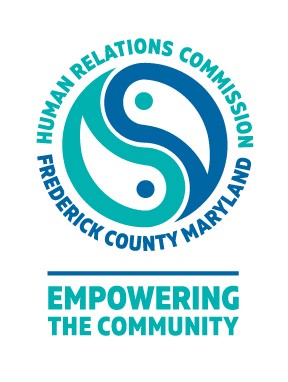