In 2015, 63.8% of Maryland’s older adults (60+) are estimated to reside in Baltimore City and in Anne Arundel, Baltimore, Montgomery and Prince George’s counties. In 2040, these will remain the jurisdictions with the largest number of individuals over 60; however, the largest percentage increases in older adults will be Cecil, Charles, Frederick, Howard, and Somerset Counties. 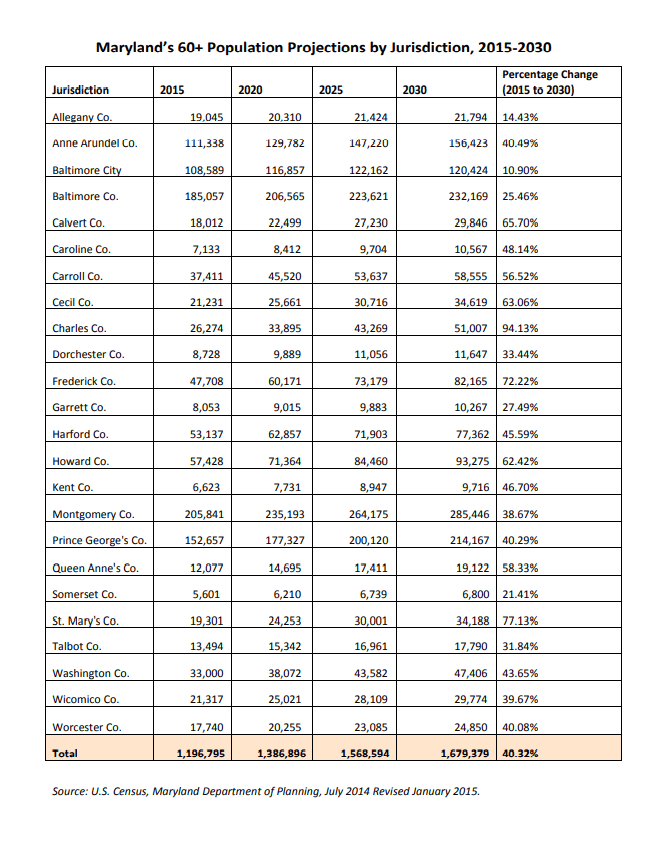